In my years of speedcubing, I’ve been lucky enough to visit and compete in countries all across the world. Historically, this has taken the form of a ~1-2 week trip, with one or two competitions. So, when Natán Riggenbach initially brought up the idea of a speedcubing “tour”, I was interested, but also a little bit hesitant. Would I be able to leave everything at home and just go and cube for a month? Just how tiring would it be? Would we even have time for tourism and sightseeing? The answers to these questions are yes, very, and not very much. However, I wouldn’t change a thing about this once in a lifetime experience.

The Latin America Cubing Tour 2017 was a result of immense efforts from Natán, organisers, delegates, staff, sponsors, and the speedcubing communities from a range of countries in Latin America. We were just along for the ride.

The tour began in Santiago, Chile. I made sure to check the weather forecast before I left as I knew it was pretty far south - however I definitely underestimated how cold it would be, and found myself absolutely freezing within half an hour of arriving. Thankfully Pablo (the organiser and sponsor) was able to lend me a jacket for my time. I arrived on the Wednesday to get over the jetlag and have a bit of a chance to check out the city. In photos I’d seen online, Santiago city had a beautiful view of the Andes mountain range, but unfortunately it was too cloudy and polluted for us to fully see them during our stay there.

On Thursday, Antoine and his dad arrived and we were shown around the city by Leo, Raúl, and José from Chile. Here are a few pictures from that day. 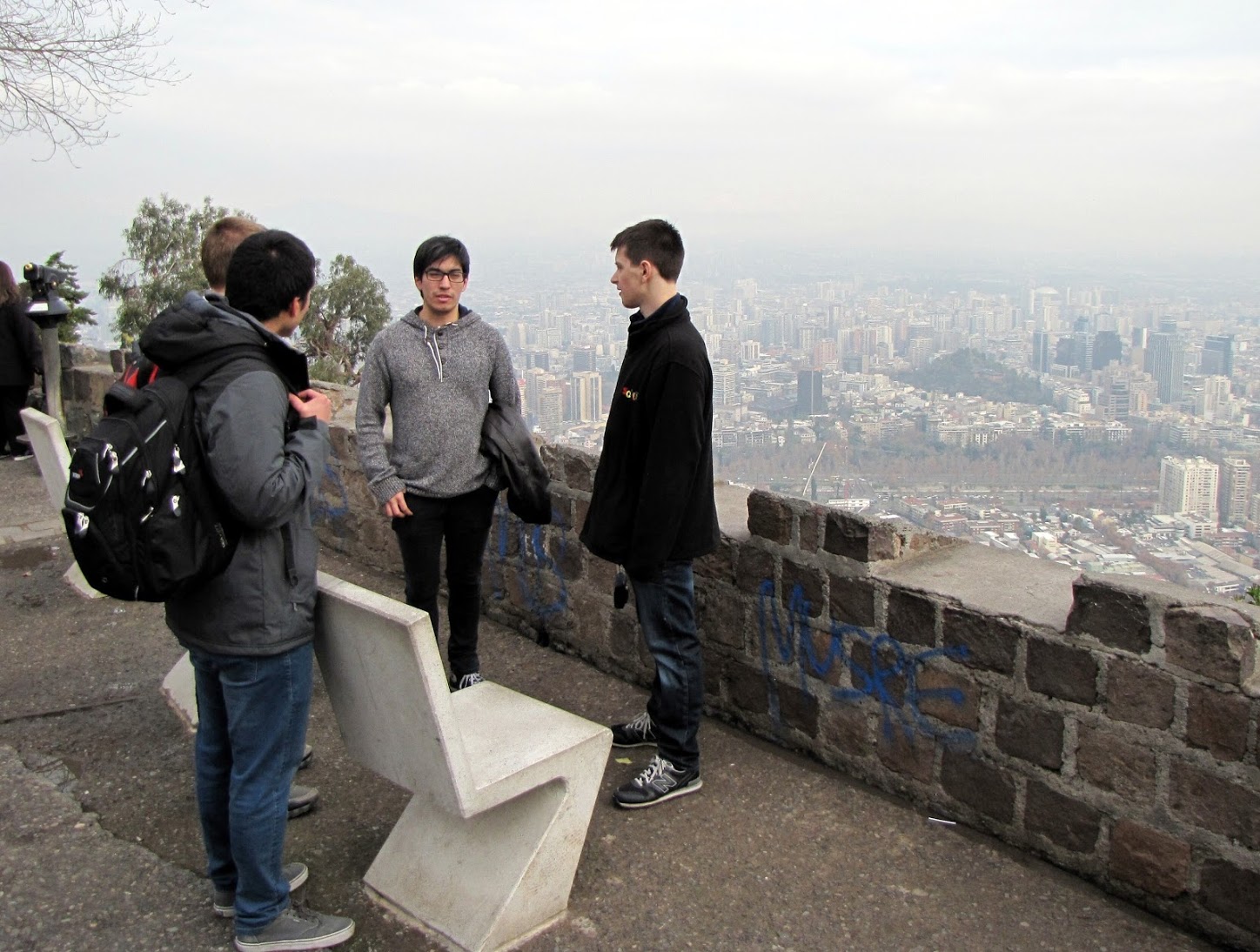 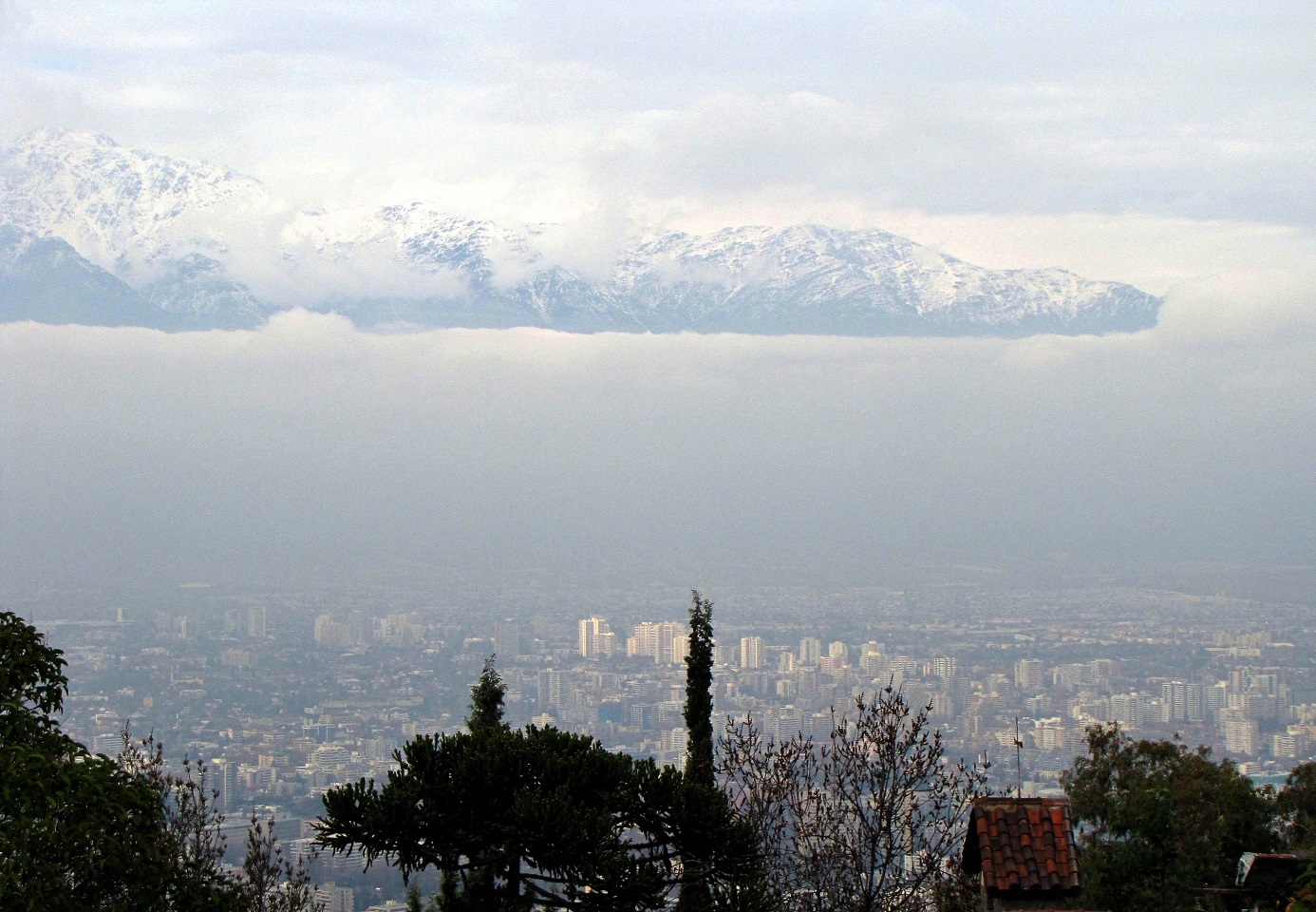 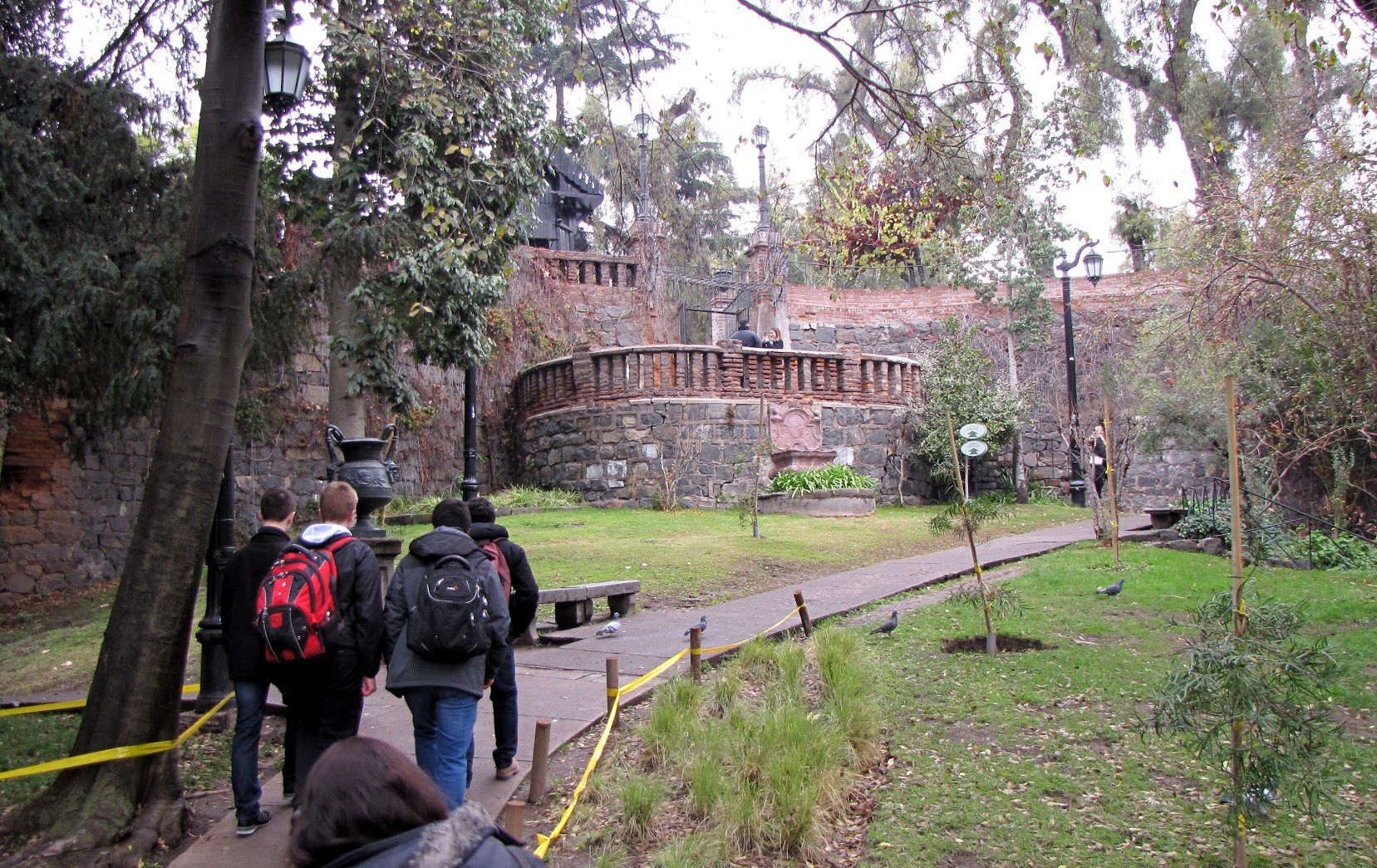 Friday was mostly spent greeting the rest of the arrivals and hanging out at the competition venue. Before we knew it, it was time for the first competition of the tour.

The Santiago competition was a grand way to kick things off. With 200 people and plenty more family, friends and spectators, it was quite a big event. My personal highlight of the competition was sitting next to Juan Pablo and watching every single move of his sub 30 megaminx single. It was a delight to watch - his turning speed, lookahead, and efficiency were absolutely perfect. I believe he got to last layer at around 27 seconds, and I was thinking it had potential to be a WR single. Next thing I know, he executes a 2 look last layer in probably under 3 seconds, and registers a 29.93. Insanity. My results weren’t anything special, although I somehow managed to win 3x3 blindfolded despite being the 5th or 6th seed. This was also the day in which three people (me, Yifan Wu, and Seb Weyer) beat the 4x4 single WR from 2015. 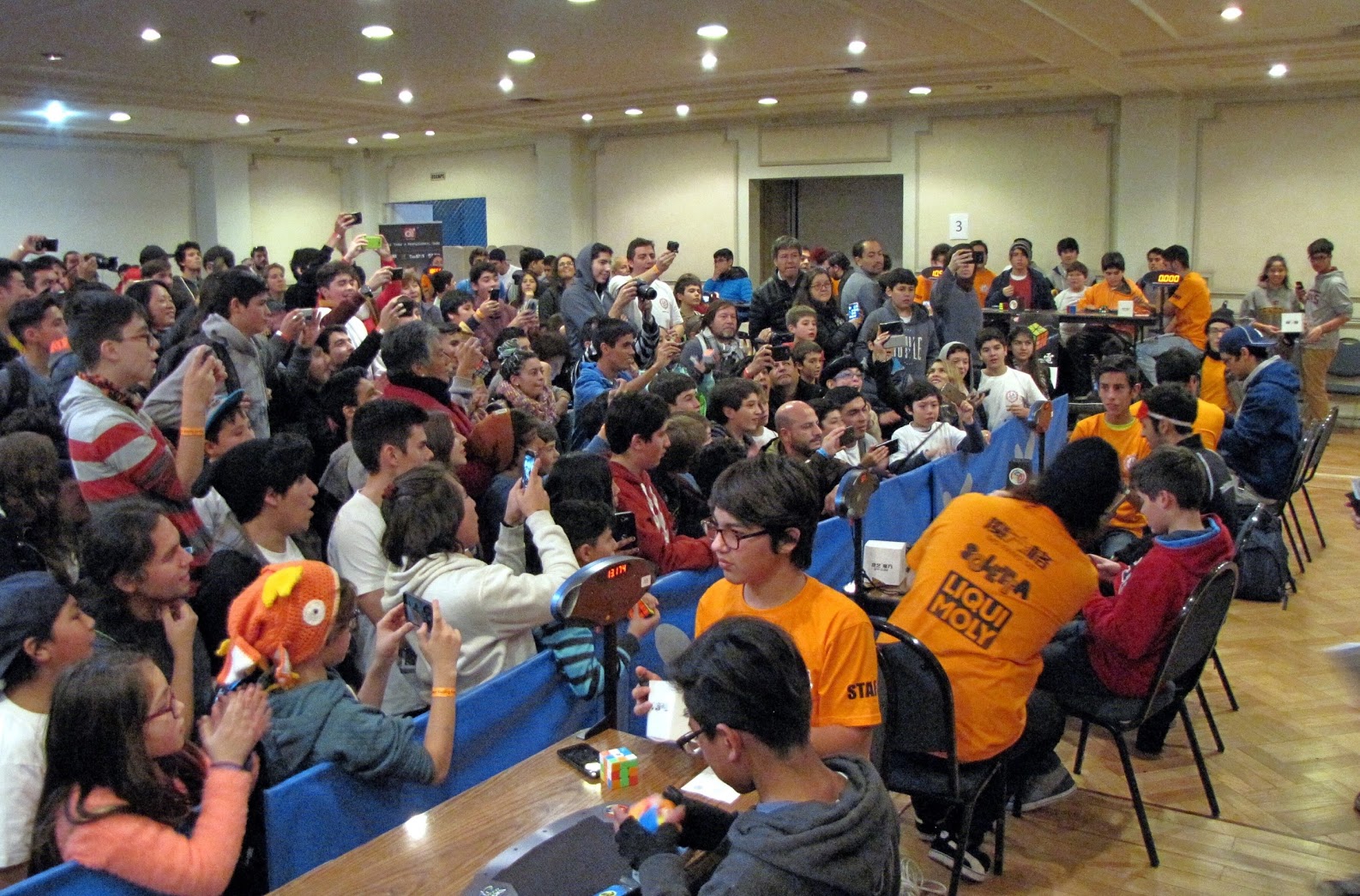 We flew to Montevideo, Uruguay on Monday afternoon - it was about a three hour flight over the Andes mountain range - great viewing from my window seat. The competition in Uruguay wasn’t until Wednesday, so we had a fair amount of time to explore the capital on Tuesday. My favourite part of the day was when we went and played indoor soccer for about 90 minutes straight, no breaks. Here are some pictures from Montevideo, thanks to Claude Cantin. 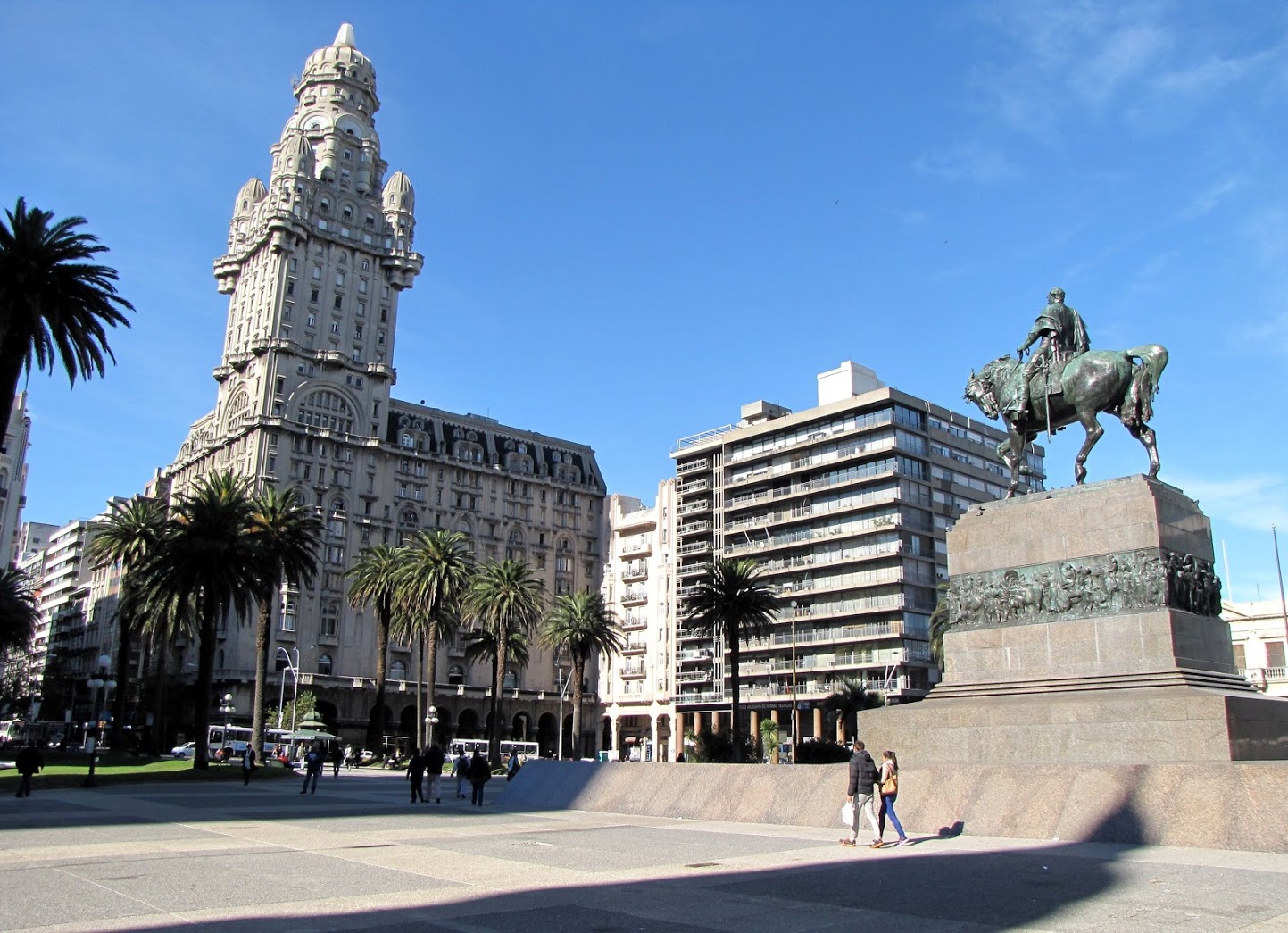 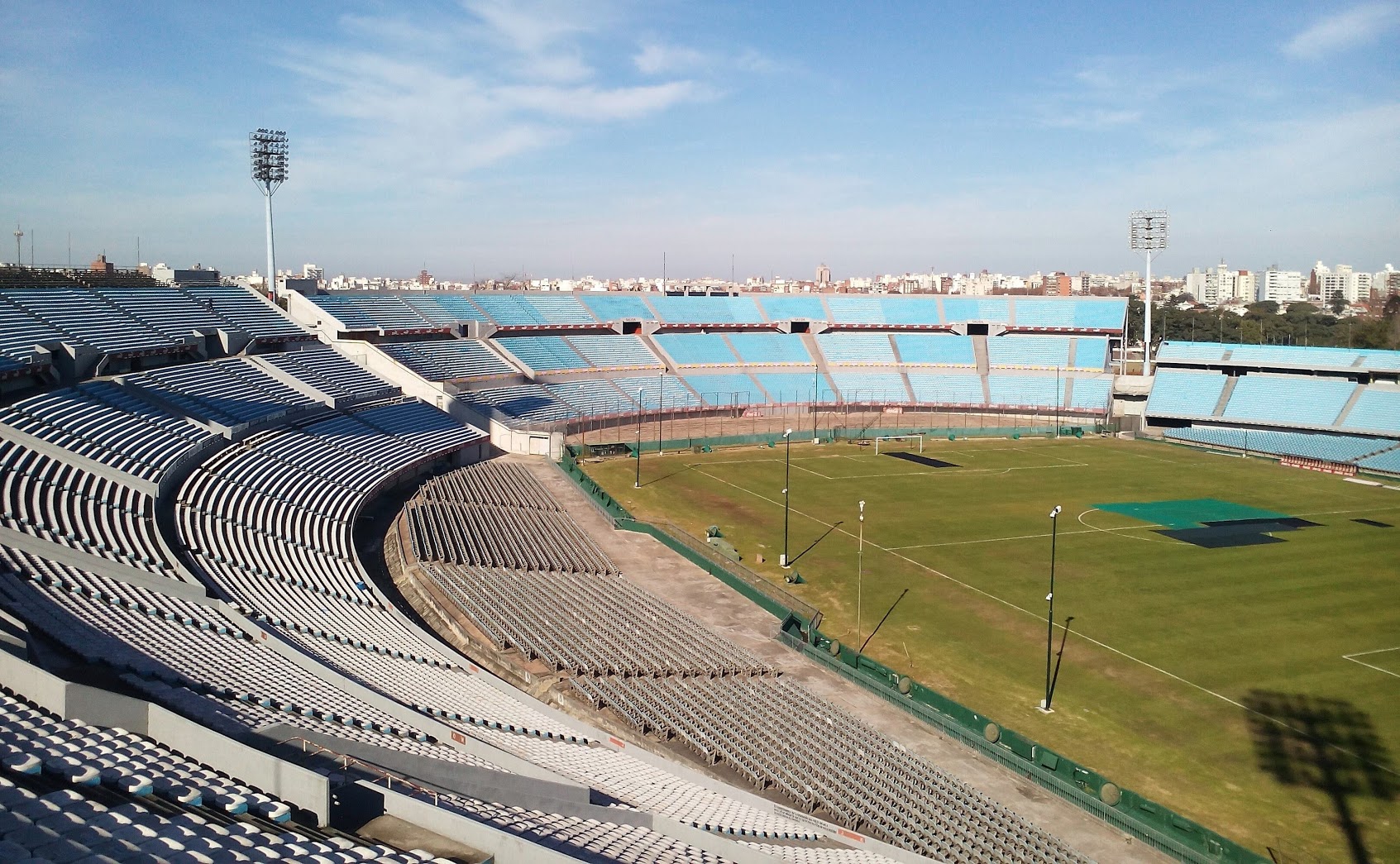 Once Wednesday rolled around, it was again time to compete. My highlight was definitely my first WR of the tour - I managed to beat my 7x7 mean, and that was even before eating breakfast! It was also at this competition that I began my streak of official sub 7 averages, in rounds 2 and 3. It was also Antoine’s birthday on the day of the competition - something that Jay and I neglected when doing our solves in the 3x3 finals, sorry Antoine! The community knew about it beforehand, and after the competition, prepared a cake for him.

On the day after the competition we went on a day trip to Piriapolis and Punta del Este. We got back home quite late, and clocked about 2 and a half hours of sleep before waking up to go to the airport for our flights to Bolivia. We all slept through multiple alarms, and it was only thanks to Jayden that we actually made it to the airport on time. 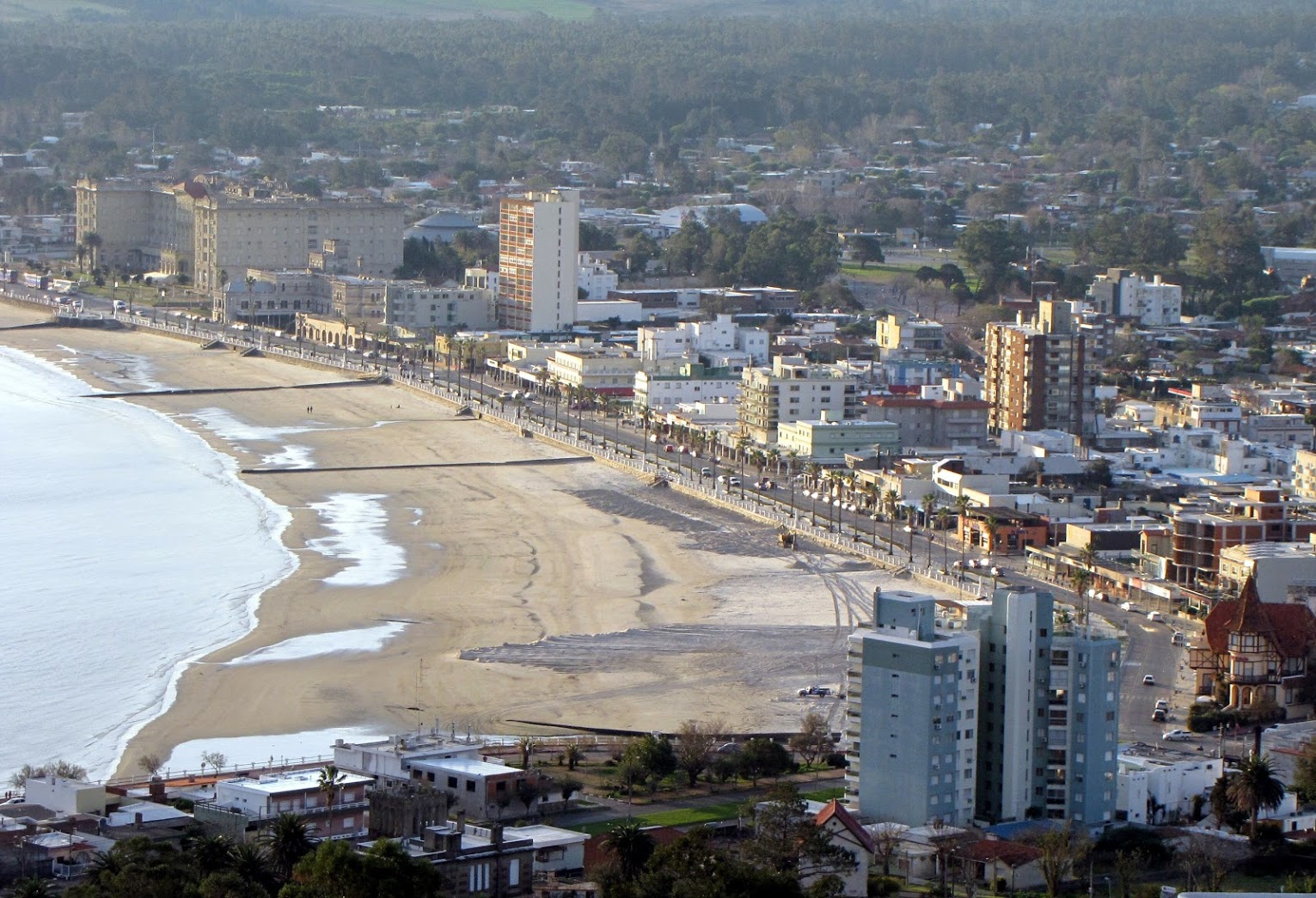 We arrived in Cochabamba, Bolivia, in the afternoon, dropped our stuff off at our host Kriss’s house, and headed off to where else but the local cube store. The climate here was considerably warmer than the first two countries we visited – it was a pleasant change. This was the point at which the trip really began to feel like a holiday. After some practice for the competition, we ventured to the local markets for dinner and ate some incredibly cheap and incredibly delicious pique. 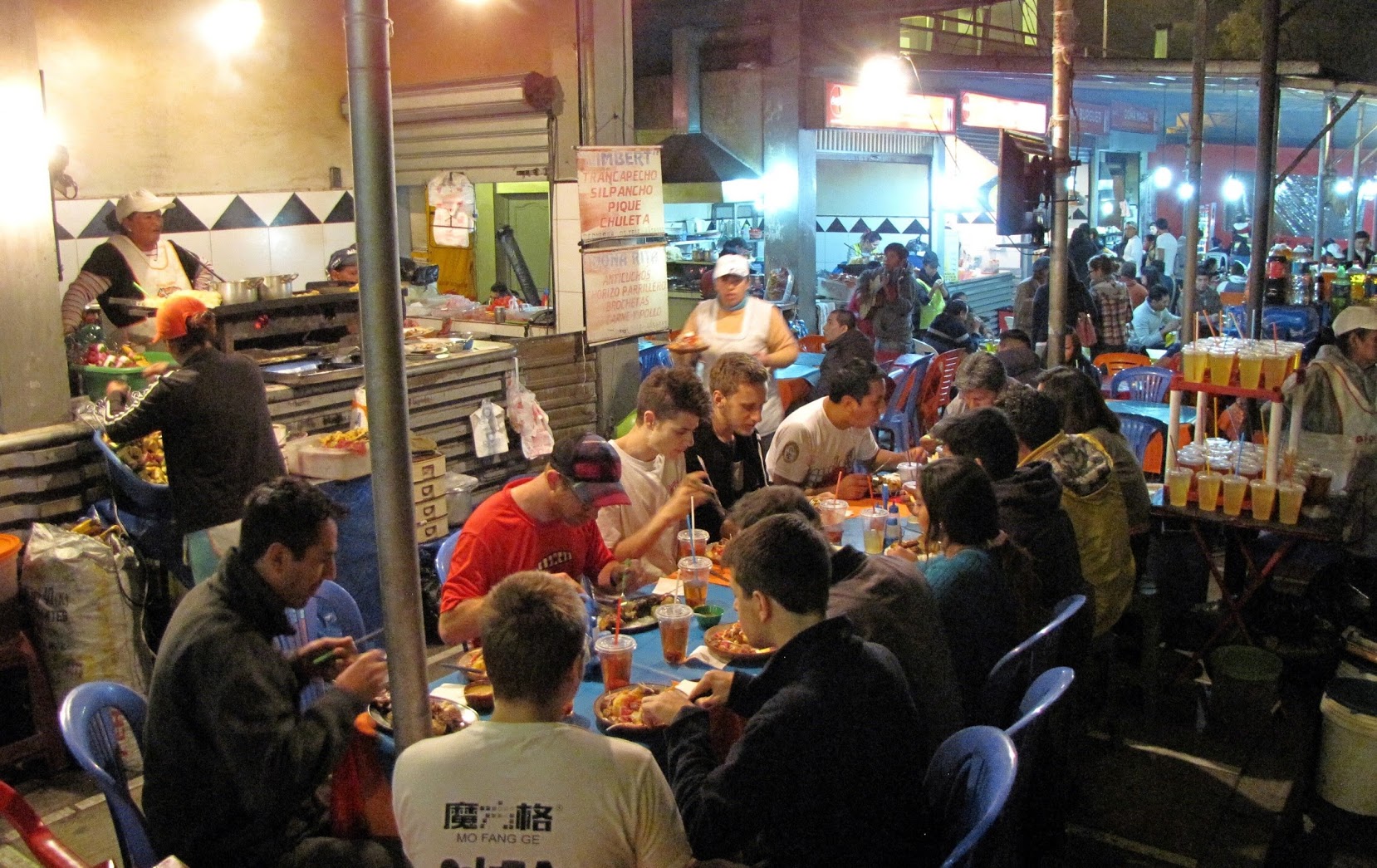 Before we knew it, it was time to compete again. The competition in Cochabamba was a weekend competition with over 100 competitors, but it had a really relaxed atmosphere, perhaps thanks to the spacious venue. Bolivia definitely made the best (or most interesting) T shirts of the tour – see below. 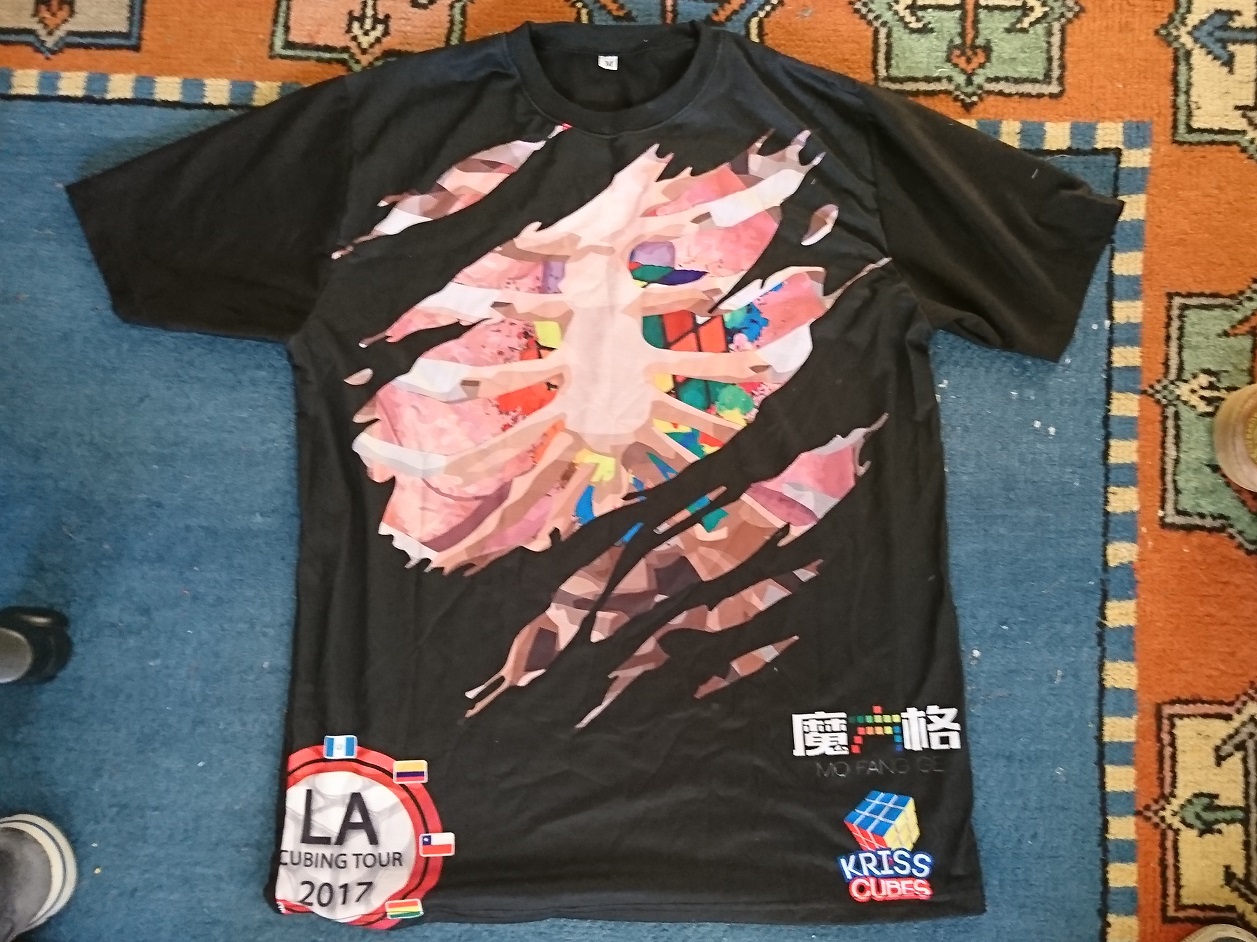 To date, I still think that this was my best full competition 3x3 performance – 75% of my solves were sub 7, and my worst average in the four rounds of competition was 6.73. After the comp was over, we played some soccer, and then visited the statue of Jesus Christ which overlooked the city. 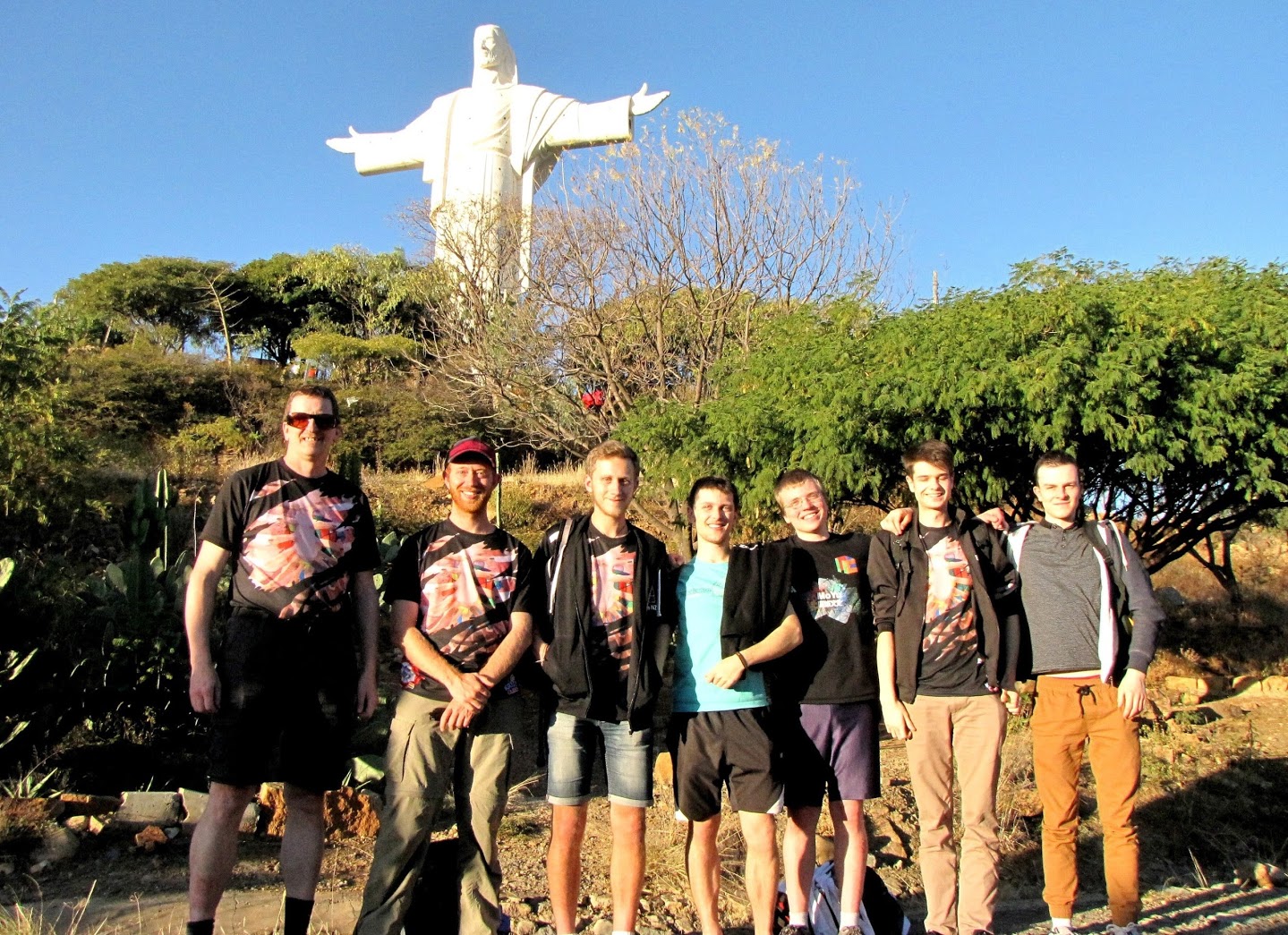 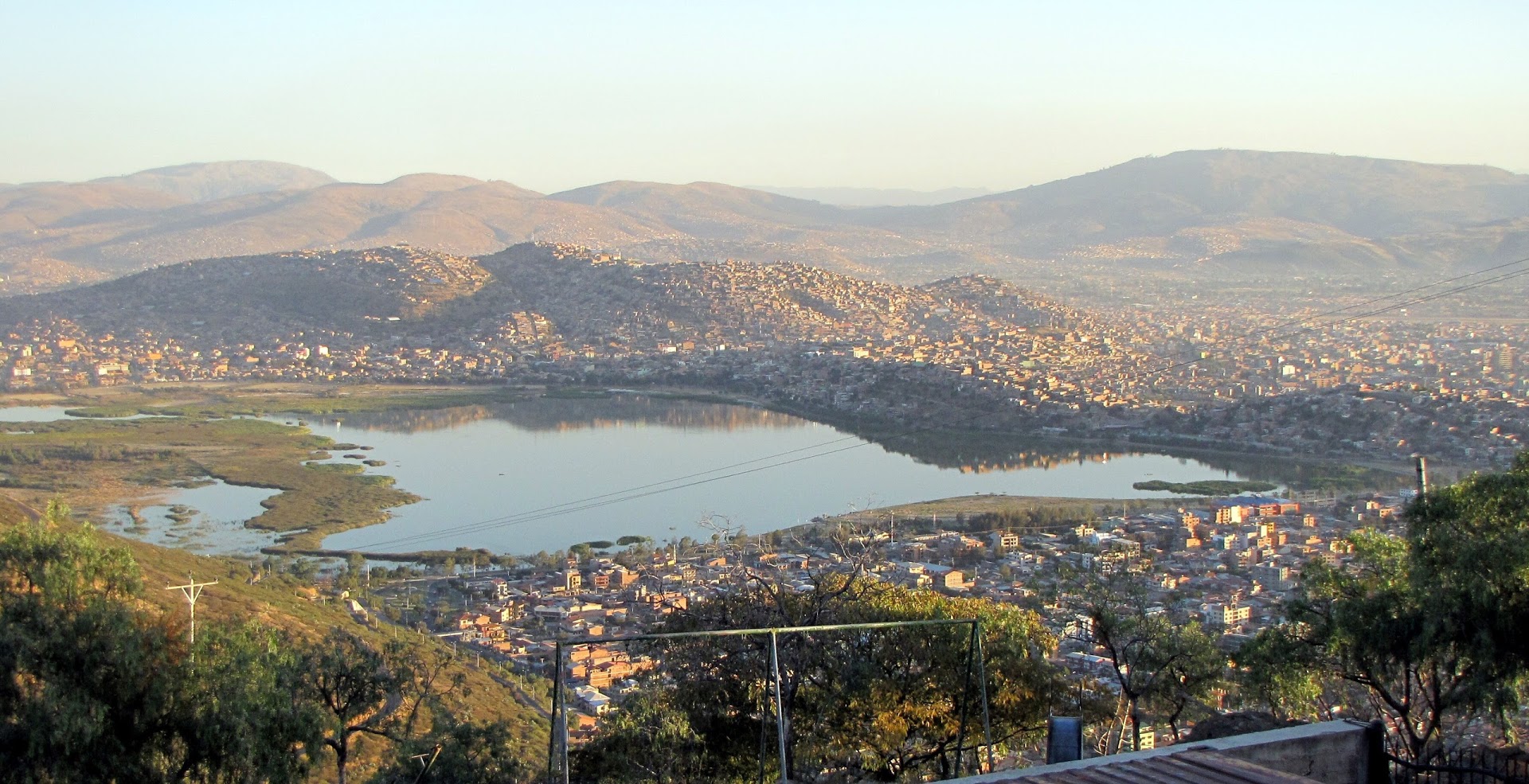 Following that, we rushed home to pack, shower, and headed to a lovely dinner with some local cubers, before getting on the overnight bus to La Paz. Yes, we nearly missed that one as well. This was the beginning of the group’s road trip from Cochabamba, Bolivia, to Arequipa, Peru – a trip which would take around 30 hours, comprised of various trips on buses, taxis, and tuk-tuks. Here are some photos from La Paz, Lake Titicaca, and everywhere in between – it was a fun and exhausting journey, and we finally arrived at Natan’s house at approximately 3am, two calendar days after we left Bolivia. 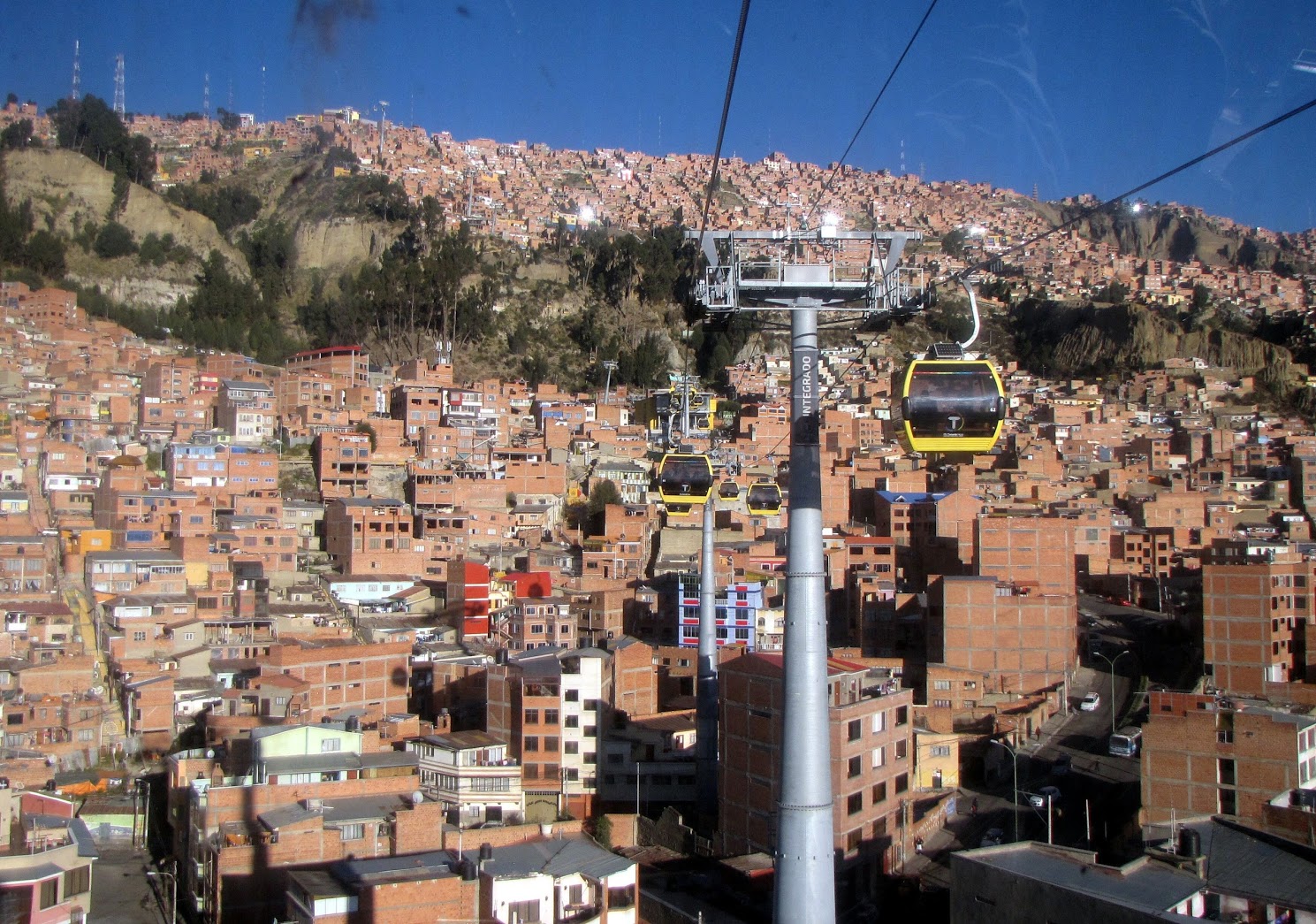 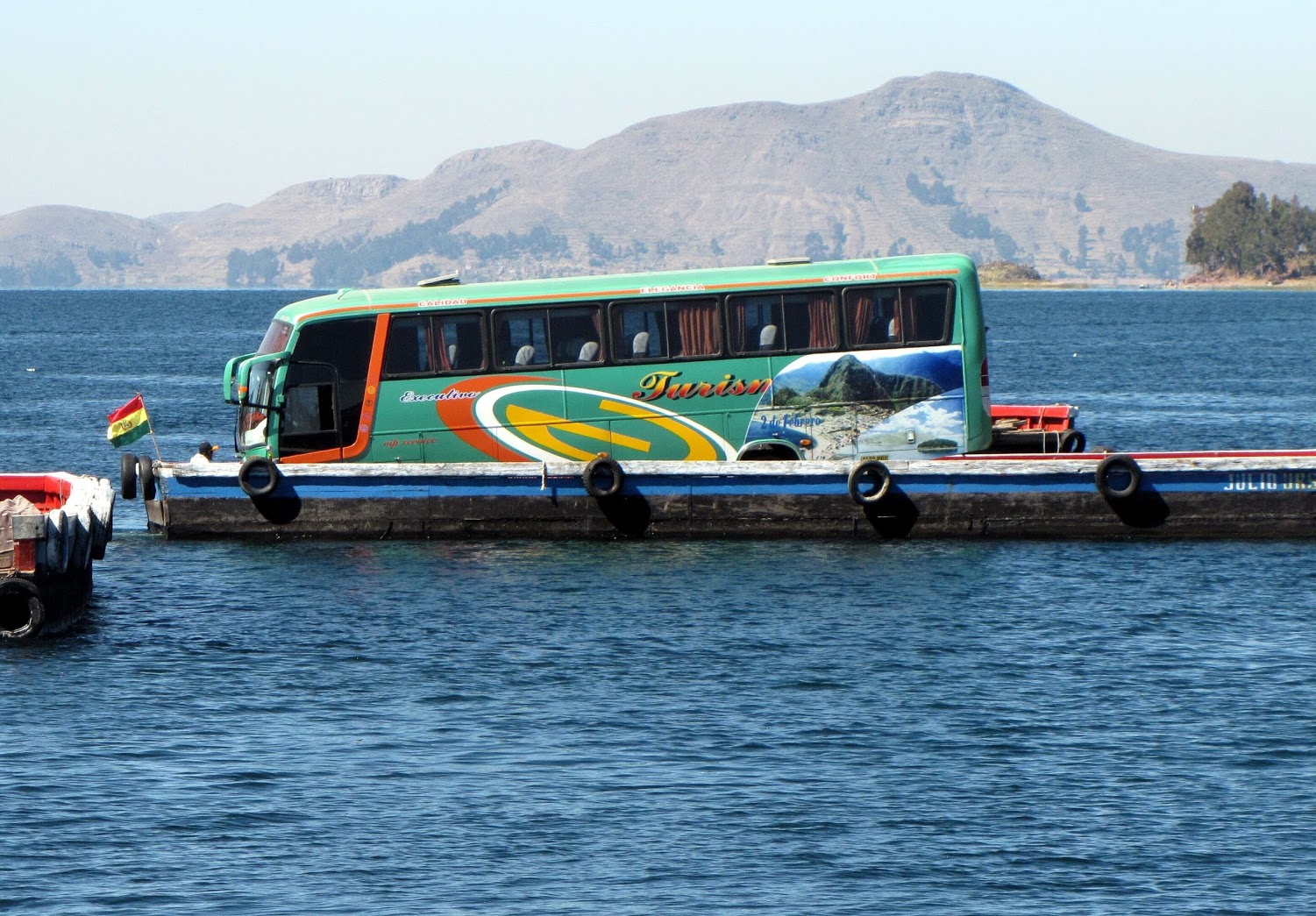 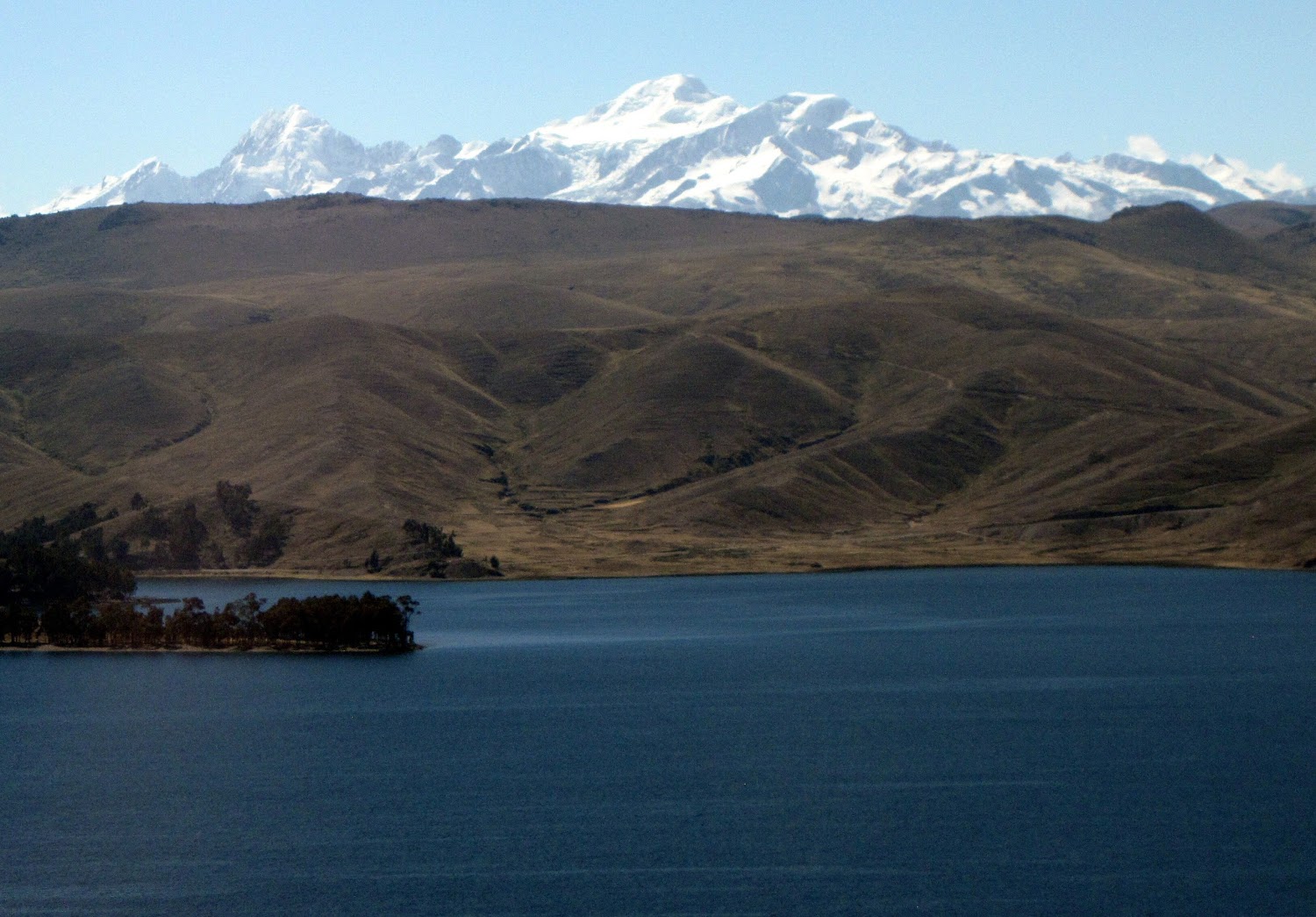 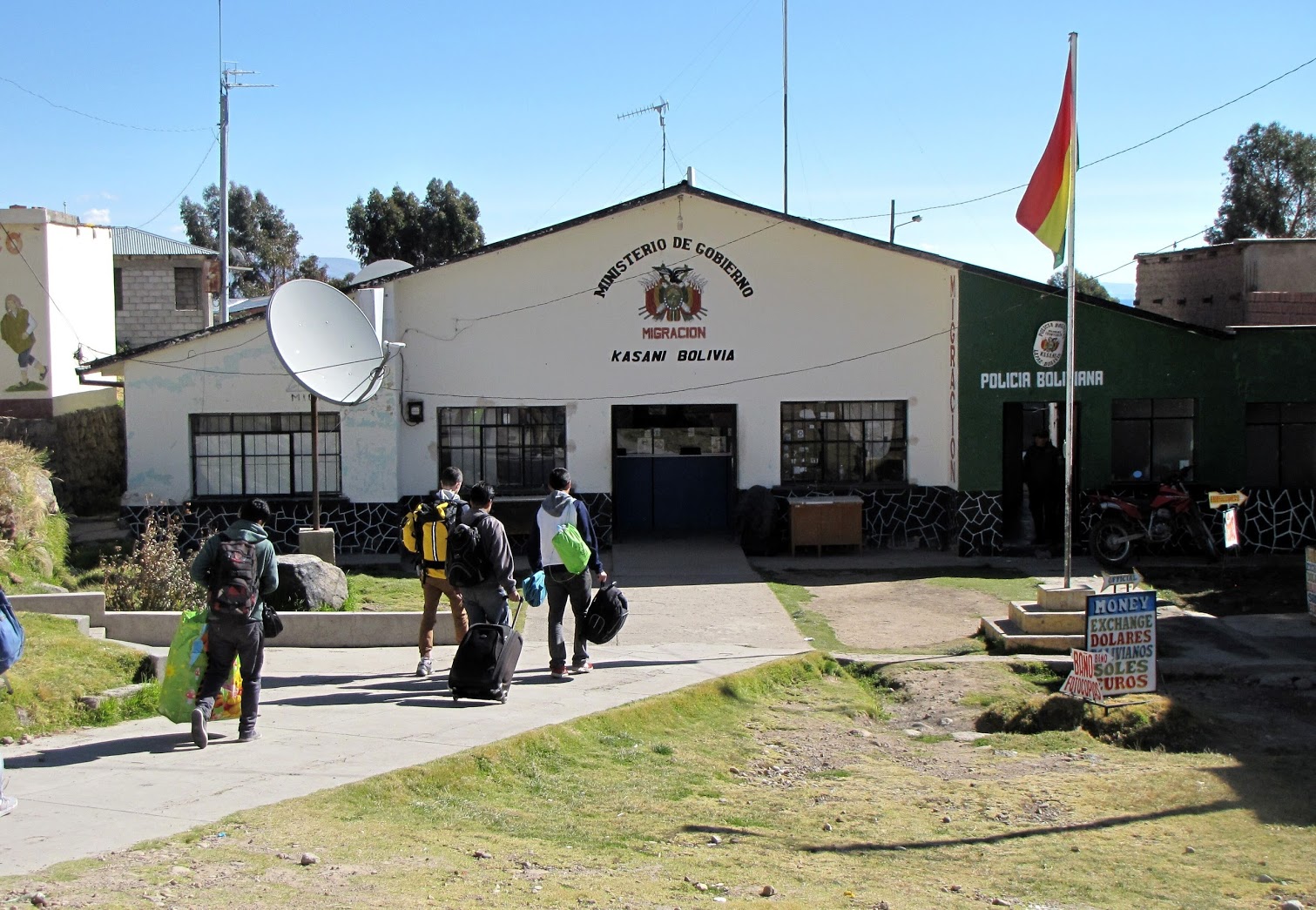 Three days in a row without a competition was a luxury we would not again experience on the tour. We made the most of it by resting up and visiting the famous Colca Canyon Zip Lining. 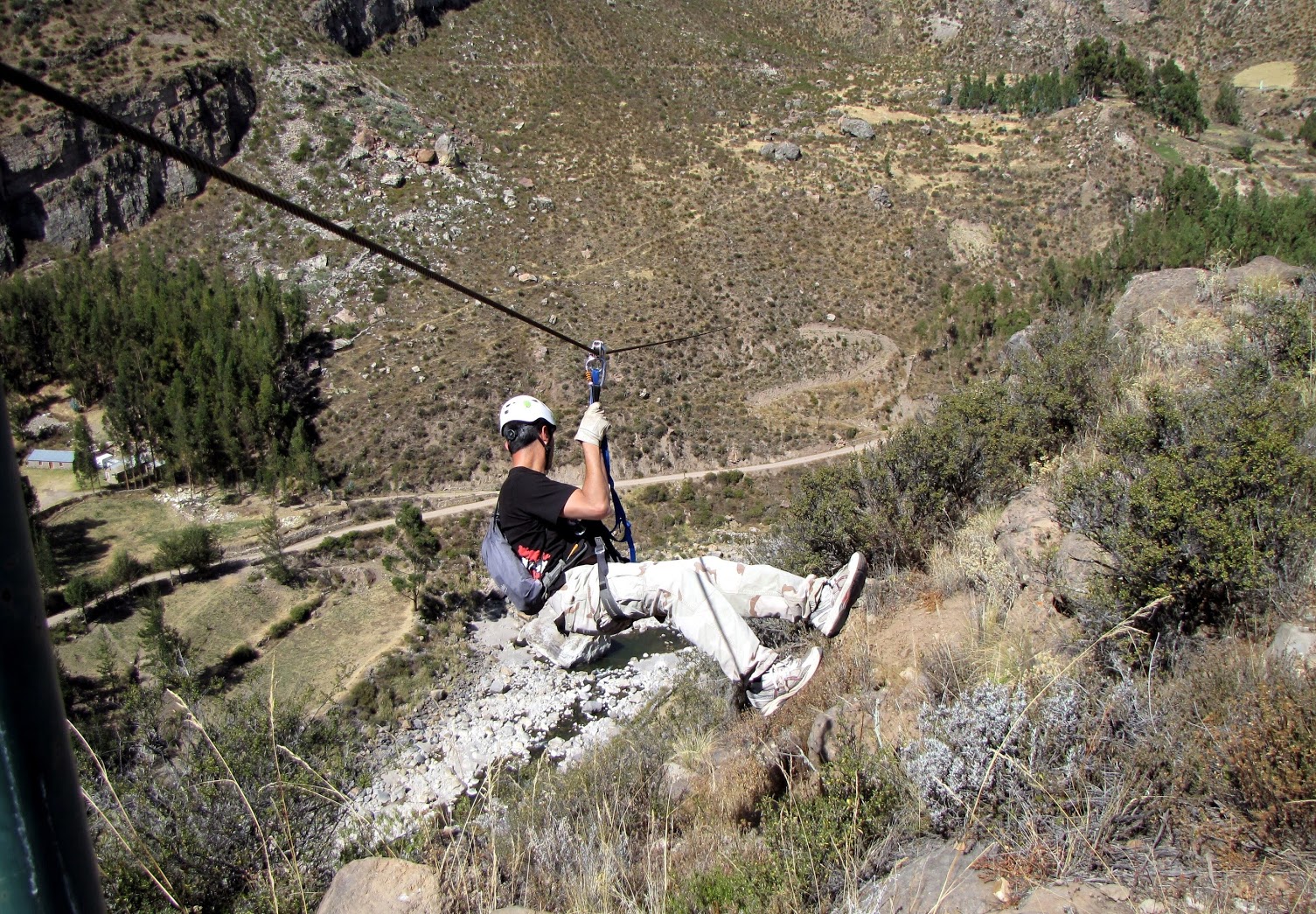 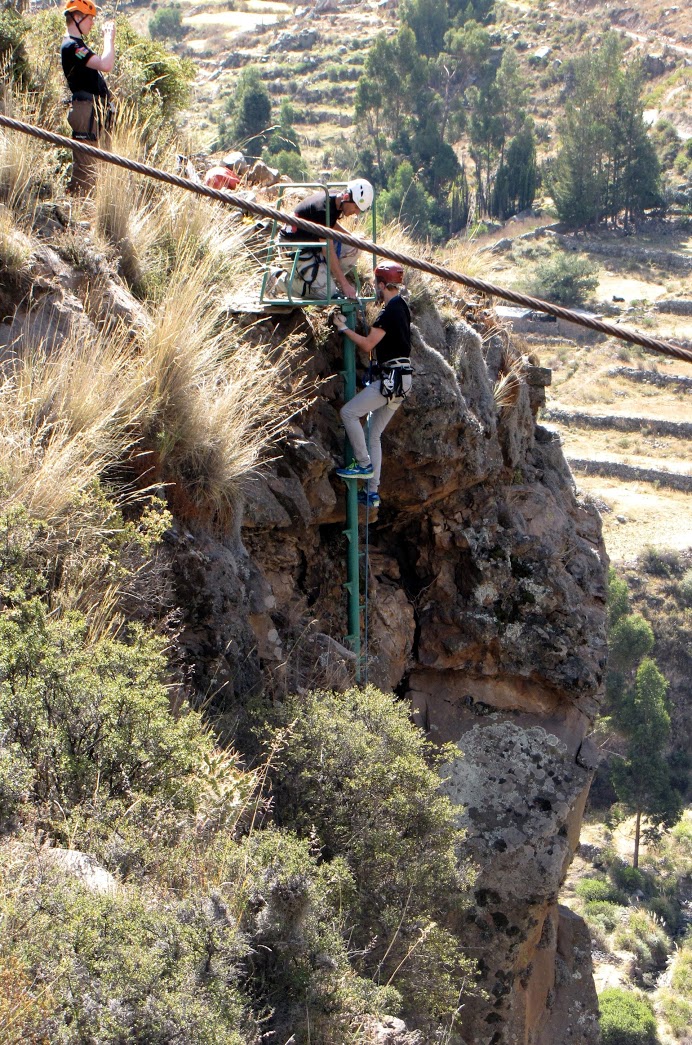 A local university played host to the competition in Arequipa – I managed a couple of nice 3x3 averages as well as quite a nice 4x4 single solve. The highlight of the day was certainly watching Jay try to stop the timer after a pyraminx solve, and somehow spilling his drink all over the table and dropping his pyraminx on the floor in the process. 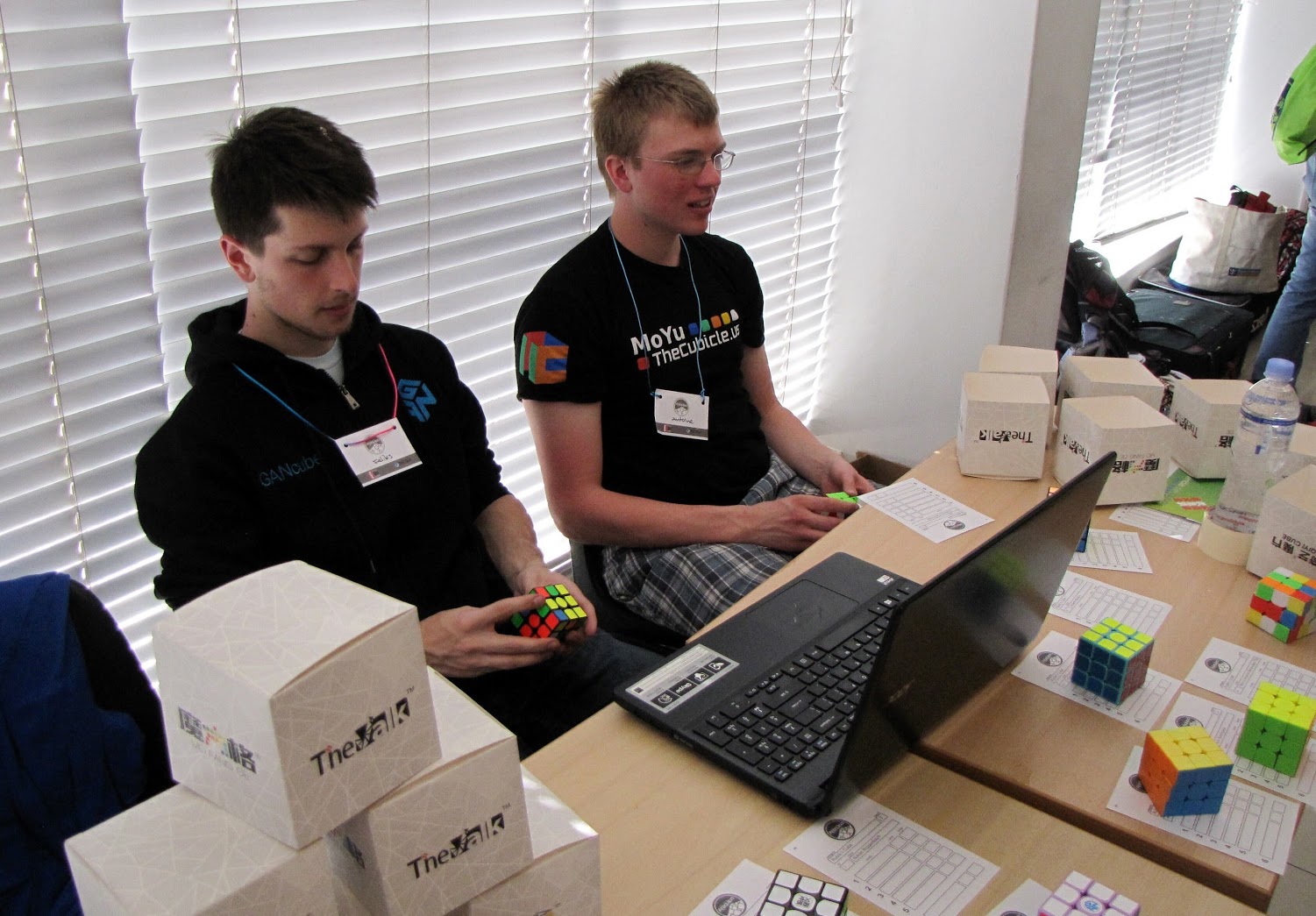 Thanks to Claude Cantin for allowing me to share his photos. I have a few on my phone and camera... but Claude's were a lot better. Check out his full photo albums at the links below.

Thanks to all organisers, volunteers, delegates, and sponsors of the competitions in Santiago, Montevideo, Cochabamba, and Arequipa.

Thanks to our hosts in Chile - Susana and Pablo, in Uruguay - Diego and Christian, in Bolivia - Kriss and his father, and in Arequipa - the Riggenbach family.

Thoughts on this blog

Anyway,i just want to learn how to solve a 3x3 blindfolded can you help me please? hope you will reply....

this is simply amazing.waiting for the next part

Wow cool~ It's was a wonderful trip!

How can I decrease the B and B' moves while solving the cross? Please help me.

Wow that is one trip!!

Cuberious The SpeedCuber Posted 4 years ago

Will learning how to solve Blind improve your inspection?

Oh ya I forgot the other competitions

Are you a student or do you work ?  Can you live on the money you earn from this site and your youtube channel

Ngoc - I'm currently also a student, but CubeSkills and my competitive speedcubing activities are also equivalent to a job (but a very fun one!). It can support my studies and travel, for sure.

Zigmund A Posted 4 years ago

What a nice trip ! Thanks for sharing

Thank you for replying. You inspire me much. I am overwhelmed by your videos and images now